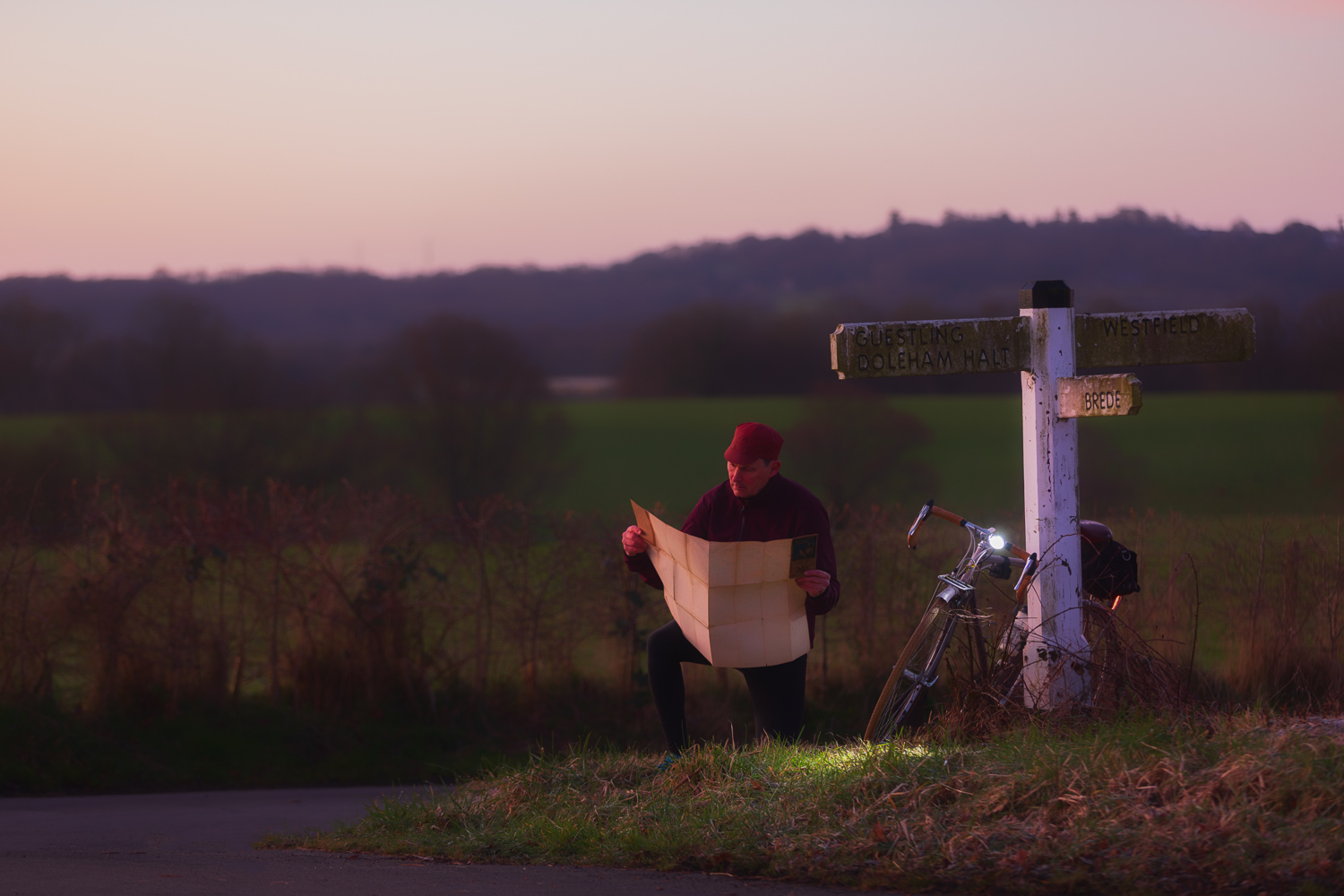 I like experimenting with different styles and here once again I am going for the tone of those colour-plate illustrations you find in those old-style adventure classics, the ones that were illustrated by the likes of Howard Pyle or N.C. Wyeth, but with a touring cyclist instead of pirates, highwaymen. Here also I am paying tribute to the English illustrator Ellis Martin who illustrated the covers of Ordnance Survey maps during the interwar years (1919-1939). He did lovely work and a great many of his covers depicted a cyclist or motorcyclist, in jacket and cap, paused at a crossroads, consulting his OS map. As a cycling romantic, who loves old maps and illustrations as well, I couldn’t resist turning my hand at producing one – and so this image captured before dawn at a crossroads along Doleham Lane. By way of authenticity, the map I am consulting is an original 1919 Ordnance Survey map with one of Ellis’ illustrations on the cover. For those interested in the technical aspects, I achieved the painterly/illustration feel by shooting in low light using a telephoto lens (70-200 f2.8) and a very shallow depth of field and then flattened the tonal contrast slightly.