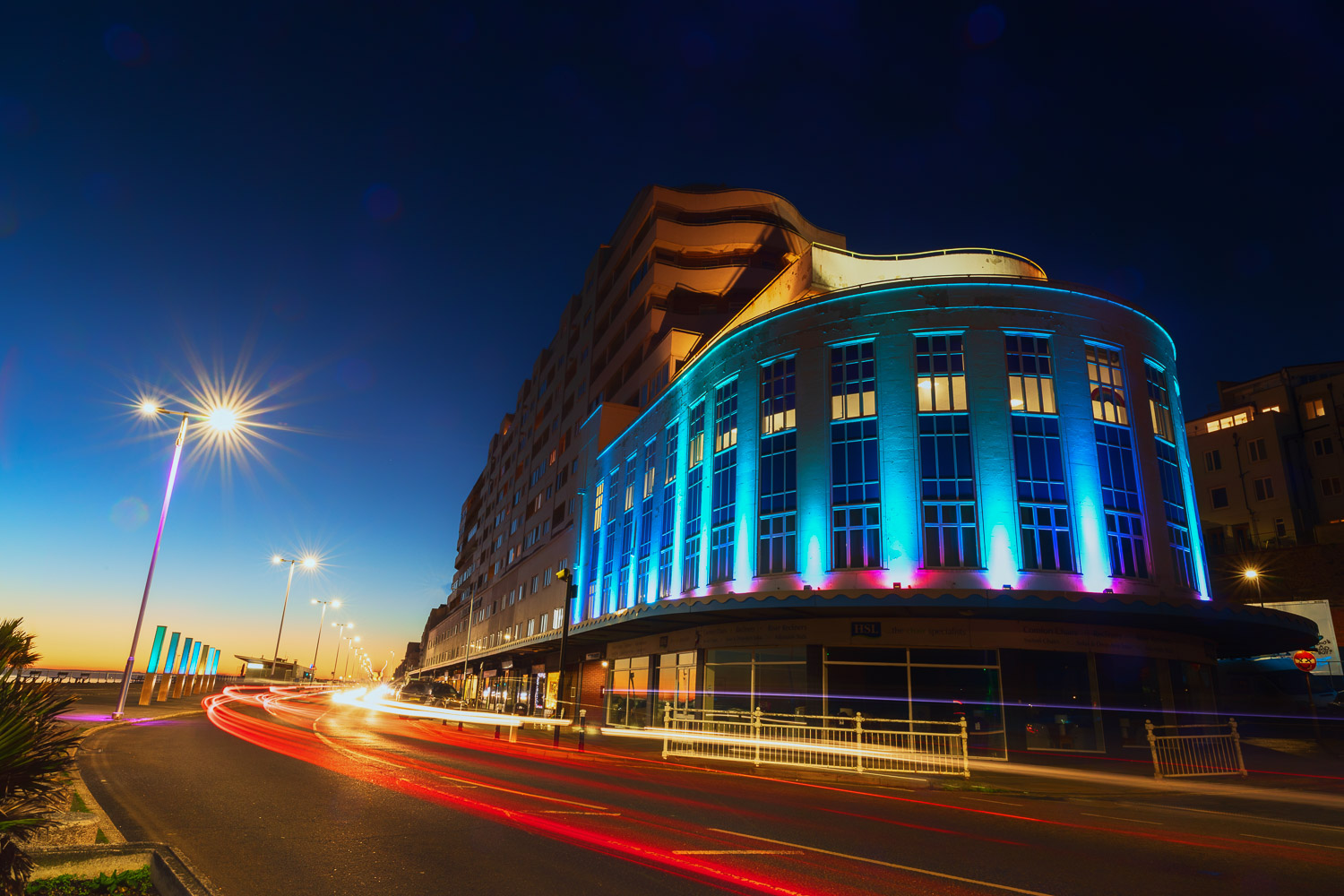 I love Art Deco and here on the seafront in St Leonards we have a lovely example of it – or rather, its first cousin, Streamline Moderne – in the form of the Marine Court Building, which was, when it opened in 1938, during the glory days of the English seaside, the tallest residential building in Britain. It was designed to resemble the (then) newly launched Cunard liner, RMS Queen Mary, with the balconies of the flats resembling promenade decks and a spacious restaurant and ballroom designed to resemble a ship’s  fo’c’sle.  It cost more than £500,000 to build, with the prospectus proclaiming that the flats were ‘ultra modern’ and ‘all electric’. Alas, the flats were slow to sell and the developer went bust. The building has had its ups and downs over the decades since then, but is a landmark on the St Leonard’s seafront, distinguishable from miles away. In the right light, it still projects the jazzy optimism of the Art Deco age, and the glory days of the English seaside holiday. I ride past this building every morning, but to catch it in its true glory, I made a trip down to the seafront at peak hour on a clear winter’s evening, with a faint cinnamon coloured  sky in the west and with a 13-second exposure and a Zeiss 21mm lens captured this image.