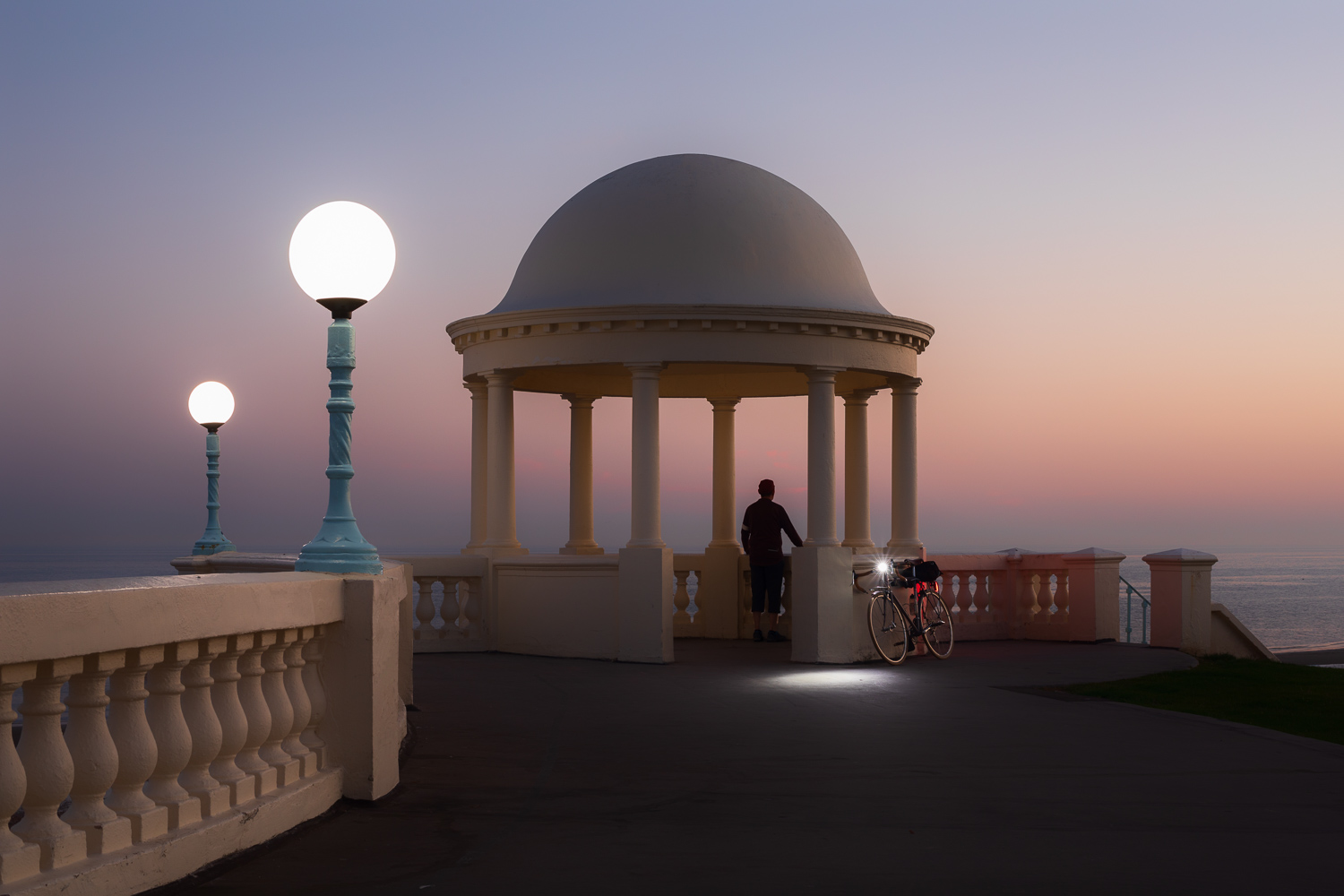 I noticed the other morning when I was photographing this lovely old colonnade on the Bexhill seafront that its moon-like lamp globes, which had been missing for ages, had been replaced at last. They’d been smashed by vandals months ago and it apparently took quite a while to find replacements. Pleased to see it restored to its full glory, and with an image much like this in mind, I decided to ride over to Bexhill one evening and try shooting at the other end of the day for once. As things turned out, I pedalled over there three evenings on the trot, trying to get the most atmospheric light. I was fortunate in that we’d been having a burst of late summer sunshine, with clear skies and warm temperatures. And this was a scene if ever there was one, that called for translucent skies. Although I didn’t much care for the dinner-hour ride along Bexhill Road to get there, battling aggressive, homeward-bound traffic every inch of the way, once I reached the seafront things were very pleasant indeed. The tide was out, families were having picnics on the beach, couples were strolling along the promenade; the ice cream kiosks were doing brisk trade; there were queues outside the fish-and-chips shops and the summery smells of hot chips and salt-and-vinegar were in the air. As twilight deepened and the lights shimmered on, I went to work, pleased to have the colonnade to myself. The best evening light was on my second visit. As I looked over the takes on playback I found myself thinking there was something vaguely Gatsby-ish about the scene: the solitary figure, alone in a setting suggestive of wealth, staring out across the sea in the gathering dusk, as though looking for that twinkling light across the bay.