The Pleasures of Navigating With A Map 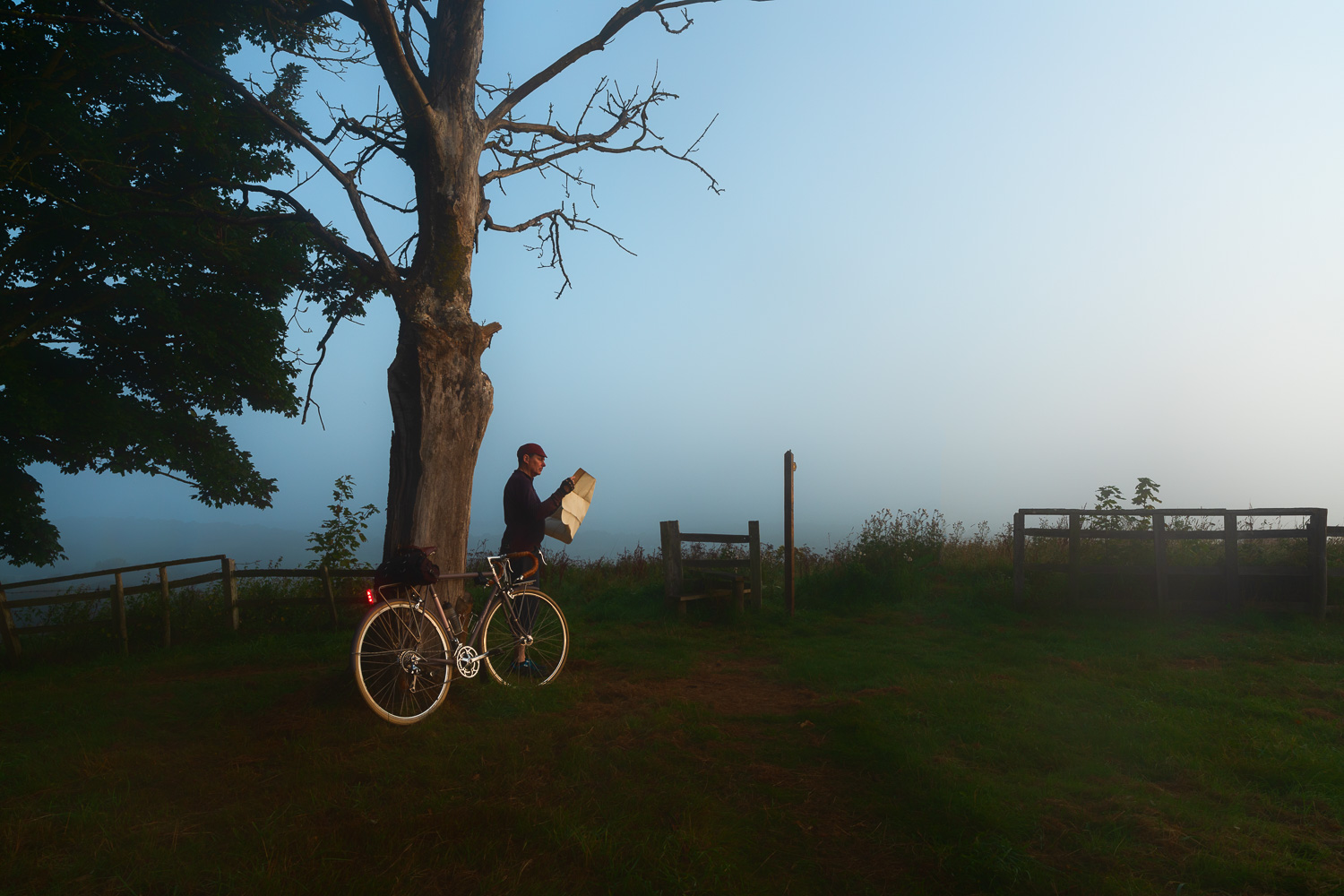 Here’s how I find my way around our labyrinthine Sussex lanes – a good old-fashioned fold-out map, that is when I’m not just going by guess and by golly as I very often do. I like maps, always have. They are tactile, decorative, rich in story, suggestion and possibility. Even more I like being totally off the grid, not being tracked by satellites or having my rides recorded by Strava. I know where I’ve been – usually – and roughly how long it took me to get there. Whatever I might lose in precision by not having a bicycle computer on my handlebars – distance, elevation gain, average speed – I gain in satisfaction at having left the 21st century behind.

This particular morning I’d pedalled an hour through the hills by starlight to get to a lookout point where I hoped to shoot the sunrise over a pretty, steepled village nestled in the folds in the landscape below. That was the plan, the hope. But England’s capricious weather had other ideas. By the time I arrived, a thick cold clammy mist had rolled in, totally obscuring the view. Sunrise brought a lovely soft-box light to the hilltop but never penetrated the pea-soup mist in the valley and so at last I decided it was time to consult the map and come up with Plan B – in this case a twelve-mile retreat, back to the seafront, where the sun was shining brightly and the cafes were starting to open.