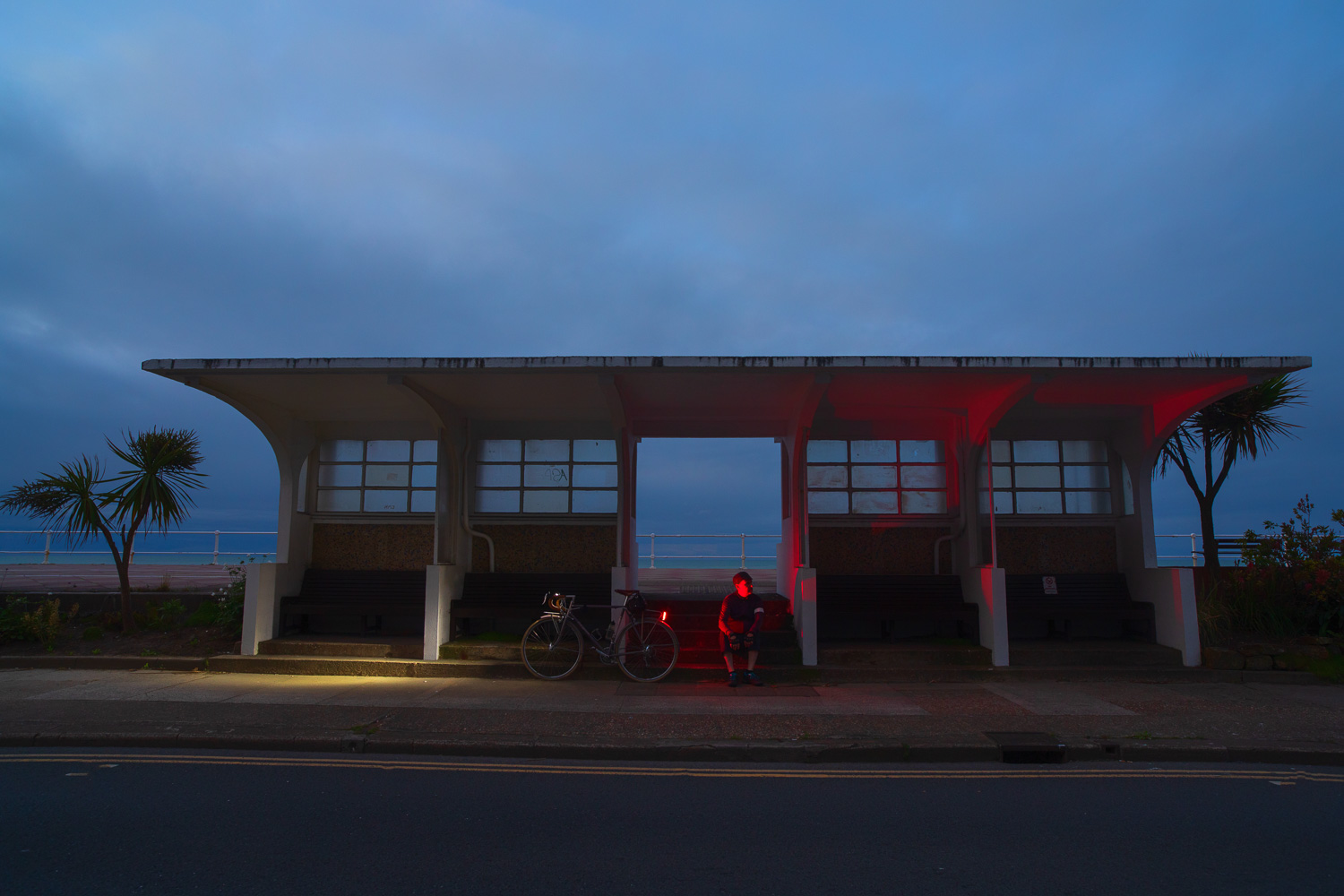 We might be at 51ºN here along the Sussex coast, but thanks to the warm waters of the Gulf Stream we are blessed with a climate that allows us to have ornamental palm trees growing along our seaside promenades – something that comes as a surprise to many people who imagine that we’d need to travel down to the Mediterranean to see such exotica. The shelter here is a creation of Sidney Little, better known as ‘the Concrete King’ who was the Hastings’ borough engineer back in the 1930s. It was he who created the double decked promenade along the Hastings-St Leonards seafronts, built of what else? – concrete. The shelters along this promenade lack the airy charm of the ornate wooden ones along the Bexhill seafront, but has an interesting Brutalist style. I seldom shoot along this stretch of the St Leonards promenade, in part because much of it it is cluttered or in disrepair, but also because this is quite a rough area and not always the best place to be wandering around during the small hours with an obviously expensive camera – a fact I was reminded of this morning as I was shooting this image when an ugly customer in a battered blue car screeched to a halt on this desolate street at 5am and began screaming obscenities at me and threatening me with physical assault if I didn’t stop taking pictures. By the look of him and his car I am guessing he was on his way to his next burglary or drug deal and was not happy to see someone hanging about with a camera. I continued with my shoot anyway, ignoring his – unrealised – threat to come back and kill me. Nevertheless perhaps a return to the wide open spaces of the marshes tomorrow.