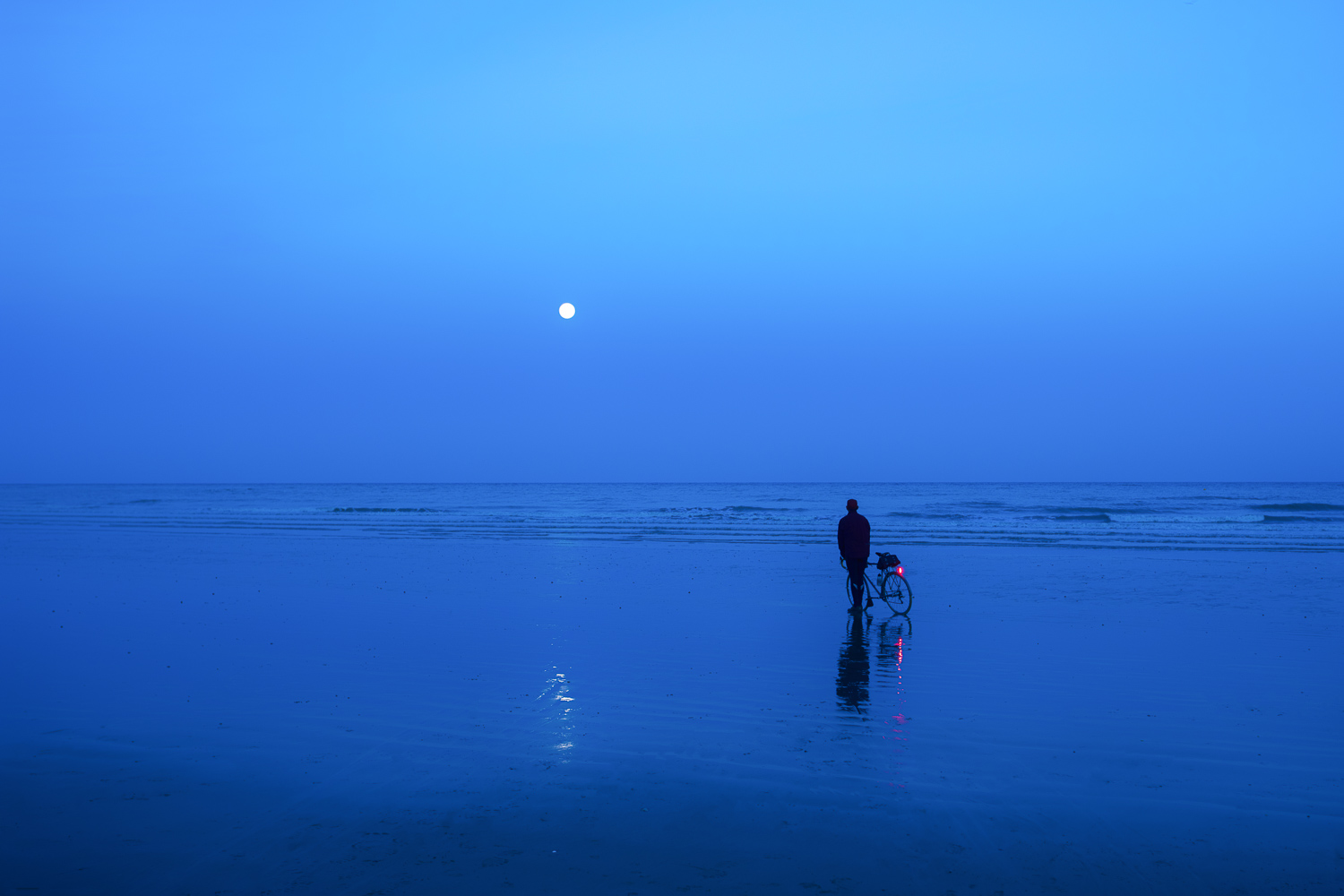 It seems quite a stretch to call this The Pink Moon, but of course the term refers to the pink flowers – Phlox – that bloom this time of year and thus give the April full moon its name. I’d planned to shoot the “Pink Moon” from the marsh road and had visions of a certain image I thought I might be able to capture, but after a couple of very early morning rides out there to scout my location and plan the shoot, and another early ride out there to attempt it – which was foiled by a totally unpredicted, and unexpected bank of cloud – I took advantage of some beautifully clear evening skies and a lowish tide to ride down to the beach at Hastings and shoot the Pink Moon as it rose out of the sea. As the twilight deepened, the sky, reflected on the damp low-tide sands, became a luminous lapis lazuli blue, one of my favourite shades – and something which all on its own made the trip down there worthwhile.