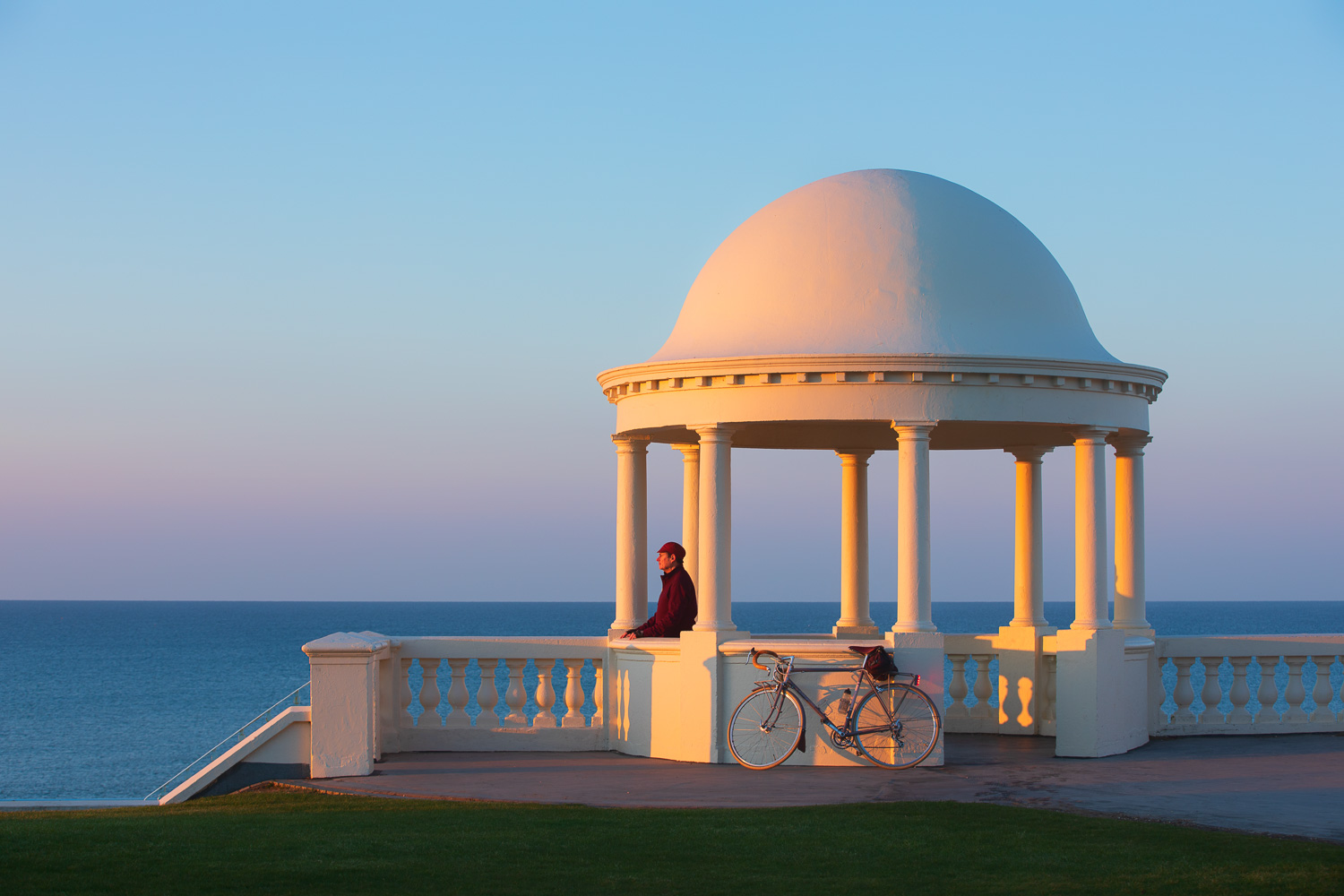 A touch of Edward Hopper style this morning at the King George V Coronation Colonnade on the seafront at Bexhill-on-Sea. This is a concept I’ve been fiddling around with for several months, since at least last September, with varying degrees of success. There are two domes on the monument and my earlier efforts were centred around the other dome. Some of them I quite liked, but this morning’s efforts, using the eastern dome have come the closest to realising the vision I had for the image.