Smoke From A Distant Fire 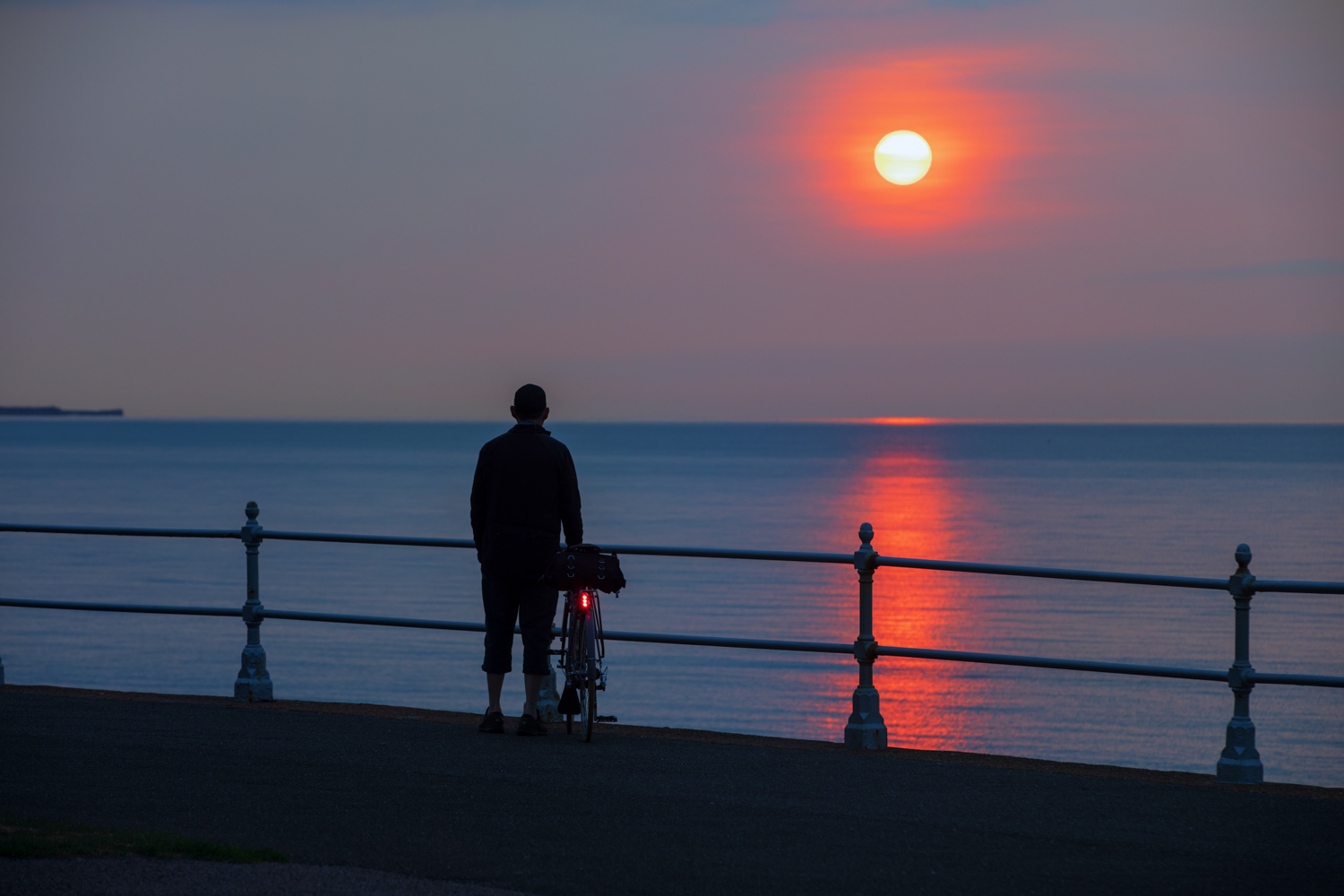 Although the morning was predicted to be clear, a thick haze had crept over the sky by the time I reached Bexhill, at about half past five. I had planned on taking some predawn shots elsewhere along the seafront and was feeling rather glum about the dull light when I happened to glance to the east and saw a huge magenta sun smouldering in the haze over the Channel. It was unreal, otherworldly. I grabbed my tripd and camera, set up quickly – there was little time for the niceties of composition – and began shooting this very strange sunrise. I’ve since read that modelling from NOAA suggests that this eerie sunrise may have been due in part to smoke from the bushfires raging in California, Oregon and Washington.