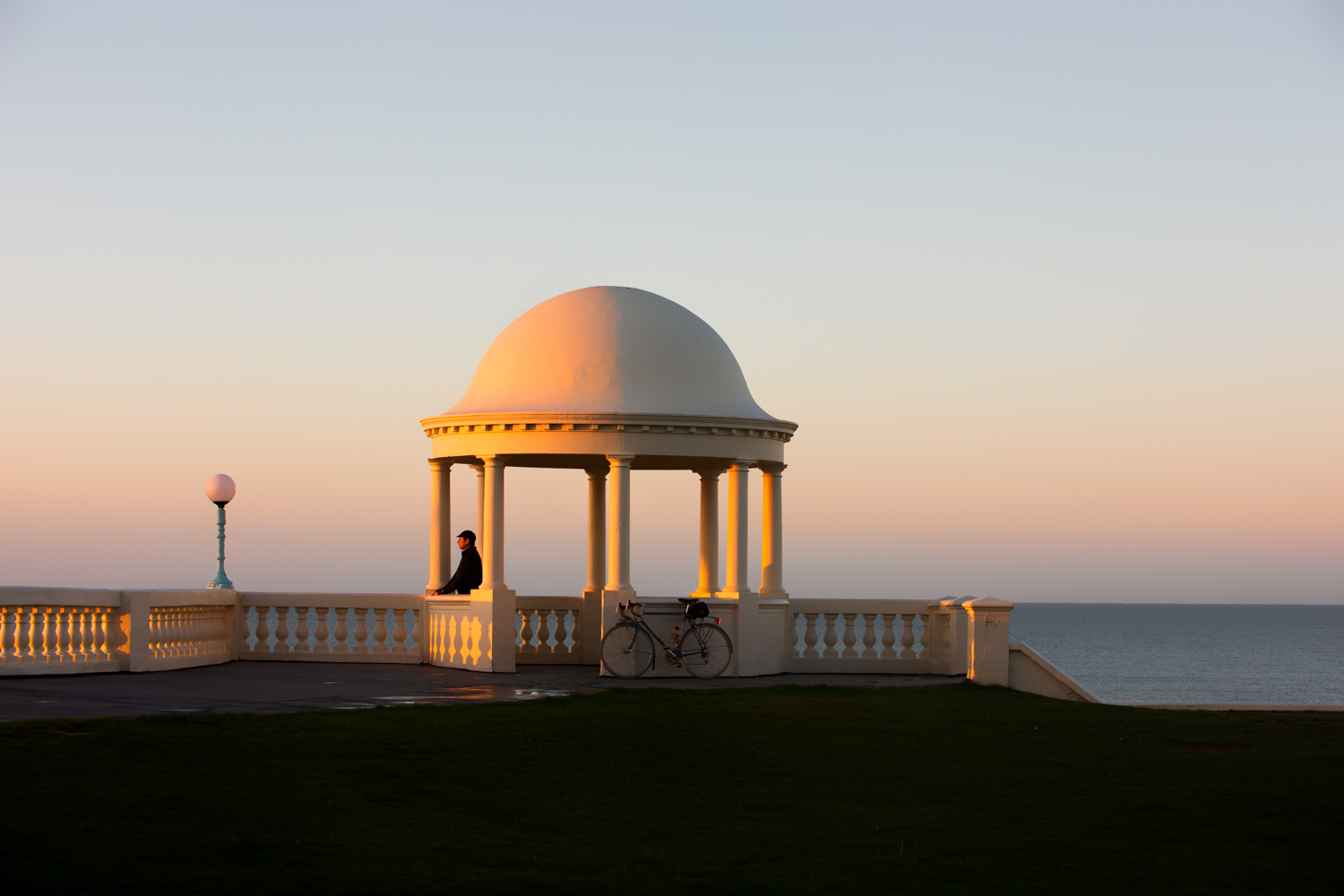 Another Hopperesque image, this one inspired by Edward Hopper’s 1952 painting Morning Sun. It was taken at the King George V Coronation Colonnade on the seafront at Bexhill-on-Sea. This one took a surprising amount of work and patience. I had a general idea of what I wanted and kept going back every morning for a week, trying out different compositions and, since each sunrise is different, varying qualities of light. I had a couple of images that I kind of liked, but what I really wanted was perfectly clear skies. That’s a big ask in  England. Every evening I would check the weather – the Met Office, I’ve learned from long experience, has a way of dangling clear morning skies like a carrot and then when you wake up you find it ain’t so (and that they’ve changed their forecast during the night to match the real-life conditions). But then it happened, a perfectly clear dawn. I woke to a sky full of stars. I couldn’t believe my luck. In my eagerness I hastened over there an hour before sunrise – way too early – and stood about anxiously, certain that some great cloudbank would come along and ruin it. But it didn’t. The sun dawned clear and bright. And I got busy with my camera.

Having done so much trial-run preparation during the week, artists studies if you will, I knew right where to set up my tripod. Since the ground falls away from the colonnade, I had to shoot from a gentle rise about fifty metres distant, which meant a fifty meter dash for every take. While I do a lot of cycling, I don’t do much running and during the course of the week, and this morning’s shoot, I must have run several miles’ worth of windsprints. By my final frames I was having to give my achy legs a couple of extra seconds to get into position. Still, I was happy to do it and pleased with the results.