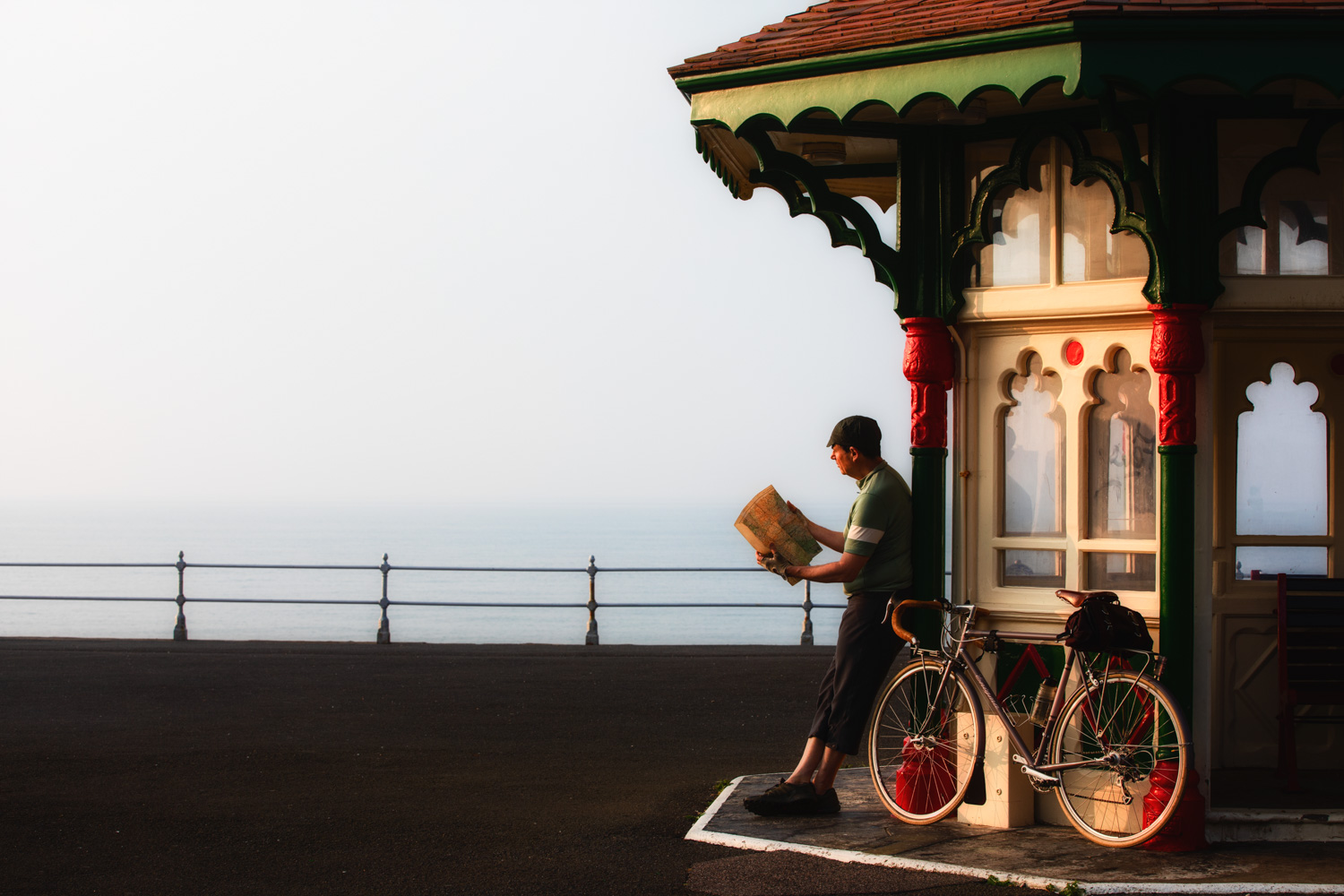 I’ve long been a fan of Edward Hopper and his portrayals of solitude, insularity, pensiveness and the sort of bittersweet after-hours melancholy that characterises much of his work – all themes that play well with today’s world of social distancing and isolation.  But there is a hidden resilience in his characters too, that often goes unremarked. In this ornate Edwardian shelter along the seafront promenade at Bexhill-on-Sea, I saw a chance to capture some of this resilience in a quintessentially Hopperesque setting and style. Here, the solitary cyclist is facing the sun, consulting a map, making plans, envisioning a future, and with the means at hand to take himself there, make it happen. To create this image I visited the shelter repeatedly over a succession of mornings, photographing it from different angles, then waited for a morning of soft diffused light. In keeping with the tone of the image, and to make sure the paper colour of the map didn’t conflict in any way, I used an original 1919 motoring and cycling map of southern England.