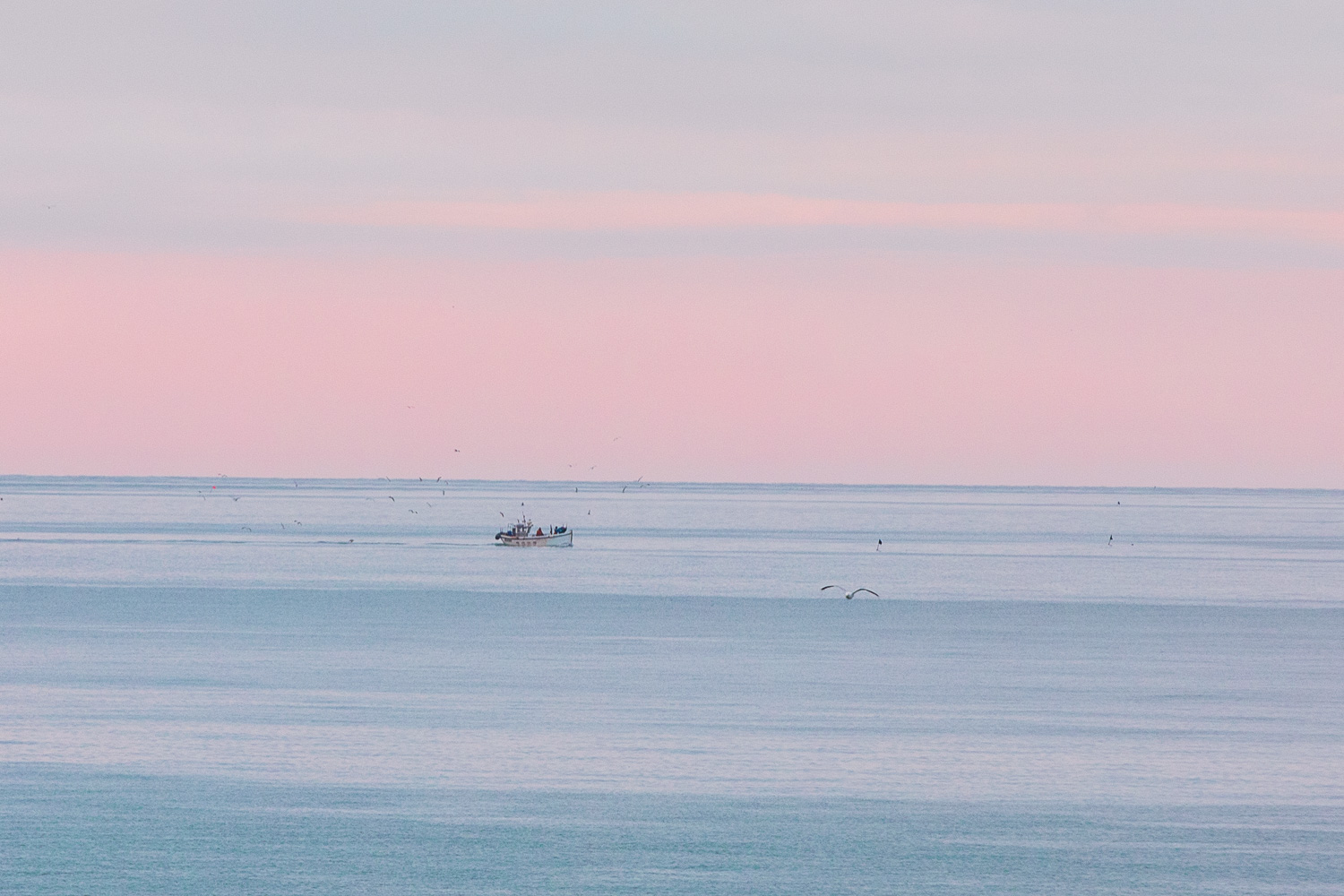 After setting out from the house by starlight at quarter to four this morning, full of jaunty expectancy and visions of capturing the crescent moon hovering over the bicycle path along the promenade at St Leonards-on-Sea I arrived at the seafront twenty minutes later to find the moon hiding behind a creeping veil of cloud with little prospect of change. I loitered anyway, hoping for a break in the cloud or, failing that, an attractive slant of sunshine once the sun finally rose. I got neither, but as I idled on the promenade, in the pale light of dawn, I looked out to sea and noticed this fishing boat surrounded by gulls, not far off shore, catching the makings of today’s fish & chips. And so instead of doing a cycling shot this morning I aimed my camera out to sea, channeled my inner Winslow Homer and came up with this image.