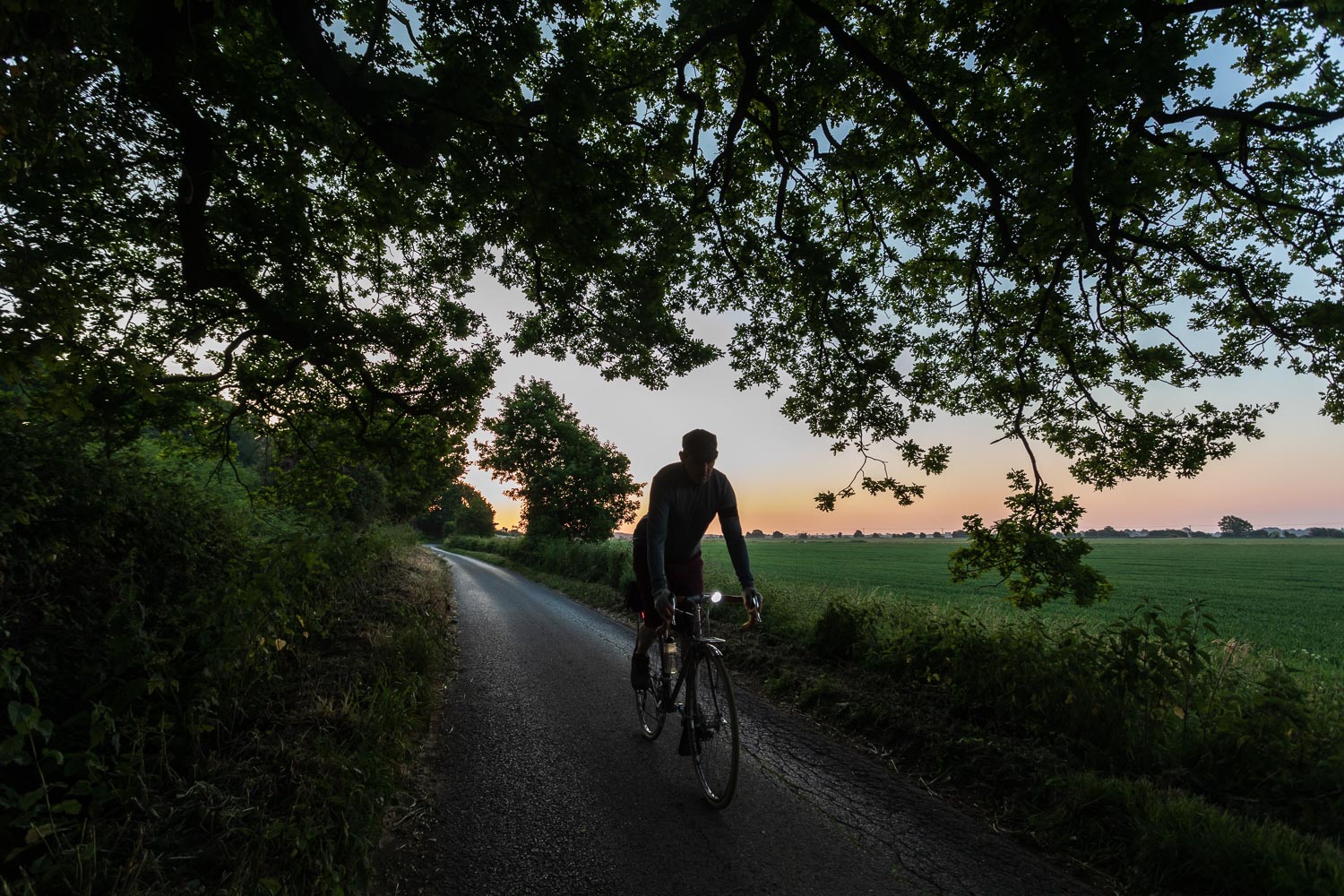 Civil twilight is the unromantic astromonical term for that magic period just before sunrise (or just after sunset) when the sun is six degrees or less below the horizon, near enough to cast a pleasing glow in the sky. This morning, according to the almanac I use to plan my rides, Civil Twilight began at 4:05am in my part of Sussex at this time of year.  That means an early start. I had already ridden twelve miles by then, and was pedalling along this leafy little lane near Rye to a cheerful dawn chorus.