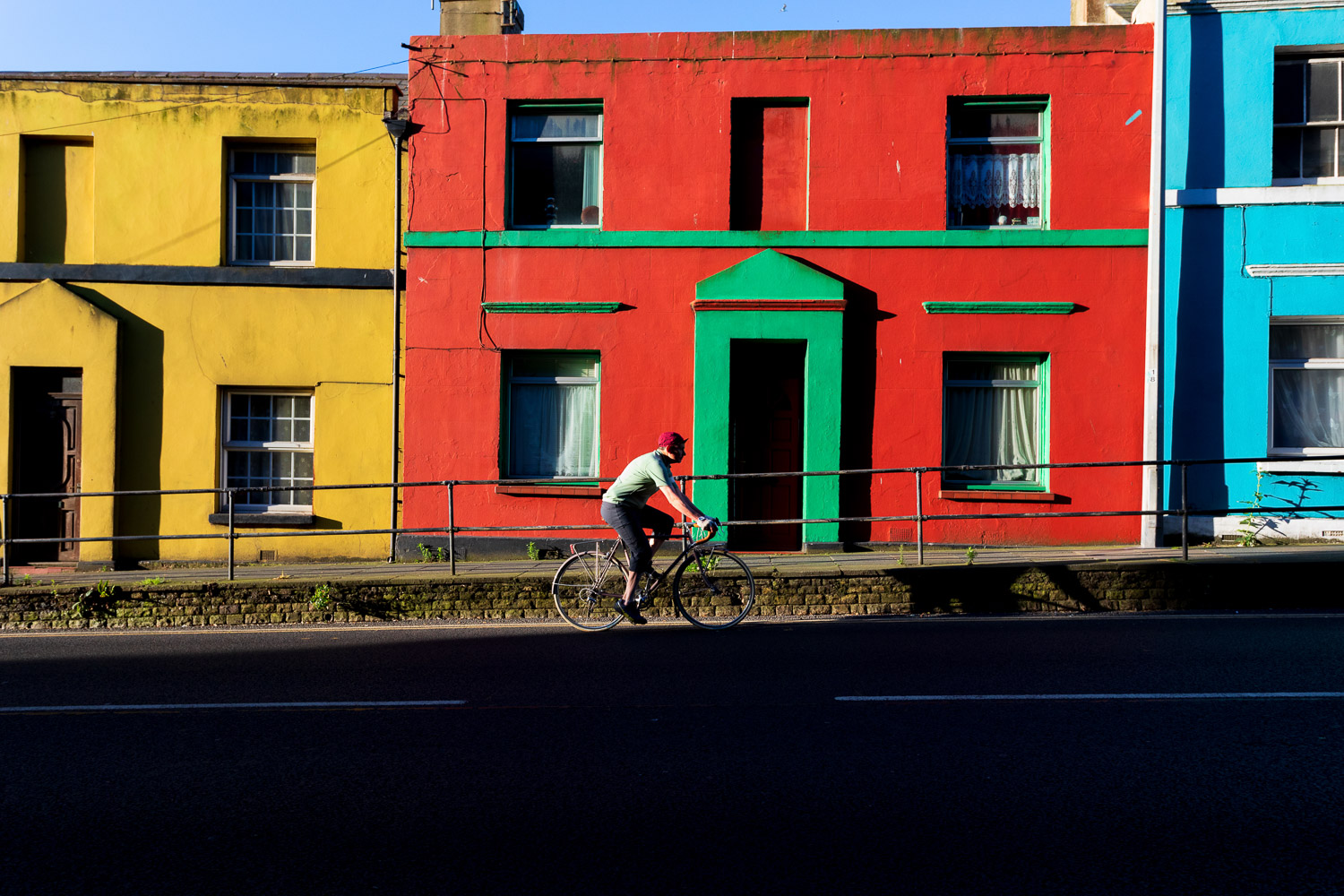 I love poster art and have often wished I possessed the skills as a painter or graphic designer to create some myself.  So when I came upon this row of colourfully painted, almost stylised houses along Cambridge Road, in Hastings, my inner graphic designer wondered if maybe this might be my opportunity to create some cycling post art – albeit with a camera, rather than pen or brush or digital painting software.   And so early on a morning, at an hour when the suns rays were shooting up the road in just the right fashion, I set up my tripod across the street and captured this series of images. It required many takes. I soon found that even in the early hours of the morning, Cambridge Road has just enough traffic to make doing something like this a complicated affair – running back and forth across the street, listening for approaching cars (busses are irritatingly silent), then setting the intervalometer on the camera, pushing the button to start the clock ticking and dashing back across the street, hastily boarding my bicycle and start churning the pedals (yet again) up the steep incline past the row of houses.

But doing this sort of photography is more than just clicking the button on the timer and popping into the frame. For visual and artistic clarity I needed to position myself and the bicycle in just the right part of the image, and be set against just the right part of the houses to keep the image bold yet simple. At the same time I wanted light and shadow to work for me too. Accomplishing all this was a tricky, stressful business, especially with the shifting sun and intermittent traffic to contend with, An hour later, maybe even only a half hour, and this shoot simply couldn’t have been done. As it was I felt I was pushing my luck.

It was worth the pushing. I was pleased the results. Between the blocky colours, the textures in the stonework along the footpath, the hard shadows on the pediments and the way the curtains drape in the windows you could almost wonder if this wasn’t a painting of some sort, a graphic poster. Back home on my computer I found myself tinkering with sliders and settings on Lightroom, letting loose my inner graphic designer. It was glorious fun. As a journalist, shooting for a magazine, I would never do anything more than, perhaps, adjust the white balance, adjust the exposure and sharpen where necessary. As a would-be graphic designer, taking a stab at creating some cycling poster art, I was under no such constraints.  Much as I enjoyed this artistic freedom, enhancing its art poster effects, I found I kept coming back to the bold, simple primary colours of the image, as shot.  Still, I liked some of the others as well and include a few in the gallery below. 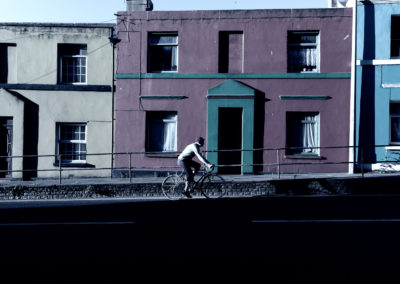 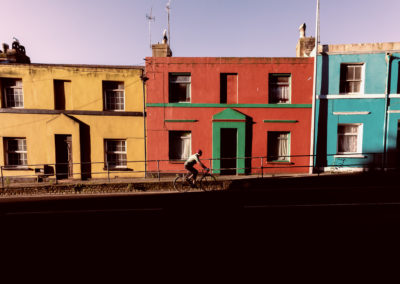 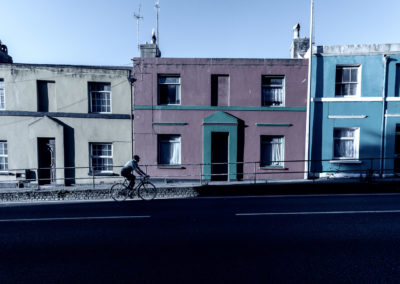 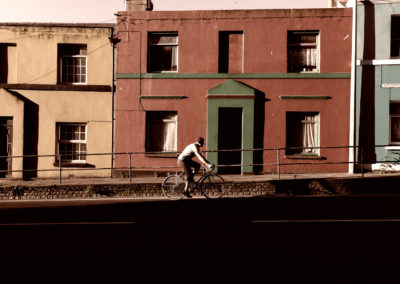 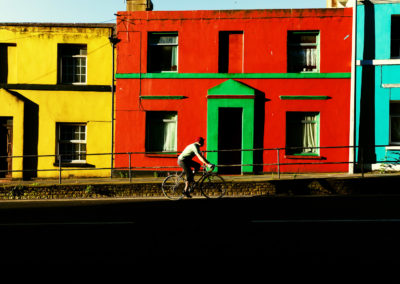 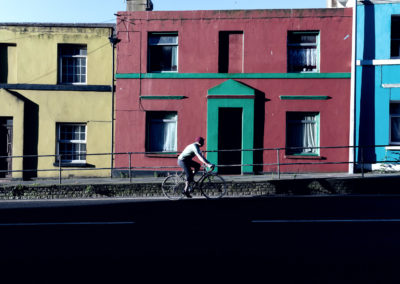 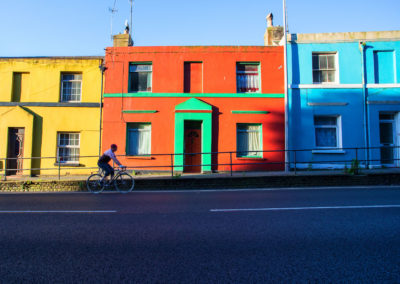 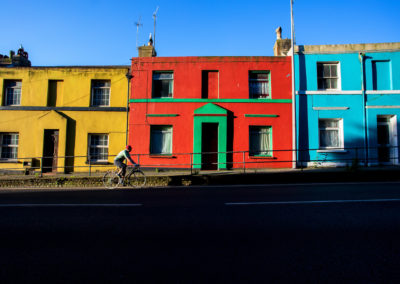